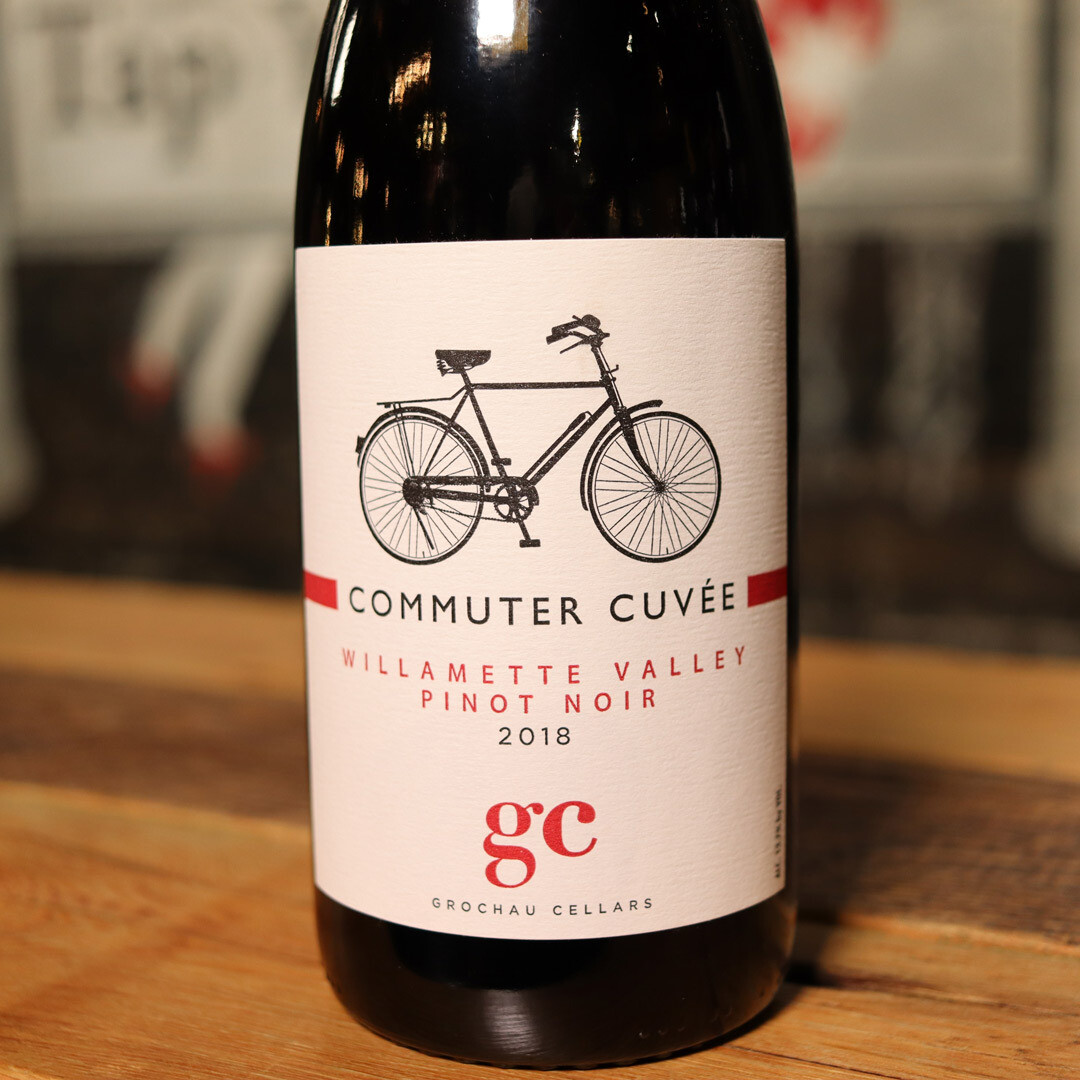 This wine is all about the bright fresh purity of Willamette Valley Pinot Noir! The Commuter Cuvée is our first release Pinot Noir each year and is a blend from multiple Willamette Valley vineyards that capture the essence of each vintage. It’s a wine for every occasion from a family dinner to relaxing in front of the TV. Take it to the beach, the mountains, the office party or along on a bike ride (not encouraging, just saying). This is your anytime go-to bottle. Drink up!

Harvest: 2016 is the third year in a row where harvest started three weeks ahead of the average start date for the Willamette Valley. Harvesting began on September 9th and finished by September 21st. All the fruit was clean and ripe, thanks to great farming by our vineyard partners and a relatively easy growing season.

Winemaking: The grapes had a short three to five-day cold soak as the warmth of the days started off fermentations fairly quickly. Most fermentations lasted around 12 days and were pressed off after 16 days on the skins. The resulting wine was aged in French oak (none new, 5% twice used, the rest neutral) staying on its lees for nine and a half months before going into tank for bottling. The grapes were picked on the early side of ripeness to capture the fresh red fruit profile and brighter acids, while keeping the alcohol at a respectable 13.7%. With its flashy red fruits and richer-than-usual weight, the 2016 Cuvée Pinot Noir is still a wine of the warm vintage from which it came. The amount of whole clusters used in fermentation were increased (from 5% in 2015 to 12% in 2016), to add more texture and savory notes, keeping the wine from being too fruit-focused and offering better balance and mouthfeel.

Grochau Cellars was founded in 2002 with the goal of producing wines true to their terroir with minimal intervention and manipulation of winemaking technique. Grochau Cellars is the project of John Grochau and his wife Kerri. After more than 13 years working as a sommelier in Portland, John made the leap into winemaking, first at Oregon pioneer Erath and then as Doug Tunnel’s assistant at the esteemed Brick House Wines for four years.
With vineyard selection, Grochau seeks out vineyards dedicated to non-interventionist farming techniques (organic when feasible, sustainably focused, environmentally sensitive) and work closely with the growers so that their fruit sources can become the wines Grochau strives to make. In the cellar the philosophy is pretty simple. As John says “Don’t screw it up. Resist the urge to do too much.” Modern winemakers have such an array of options available to them it’s staggering. Micro-oxygenation. Wine concentrators. Enzyme addition. Not to mention the temptation so many indulge to beat an otherwise fine wine over the head with a battery of new oak. Grochau eschews all this. Minimal handling, native yeast fermentation, no enzyme additions, minimal use of new oak: these are the hallmarks of their wines. Honest, accurate, true to their roots and to the wonderful subtleties of vintage variation.
Save this product for later