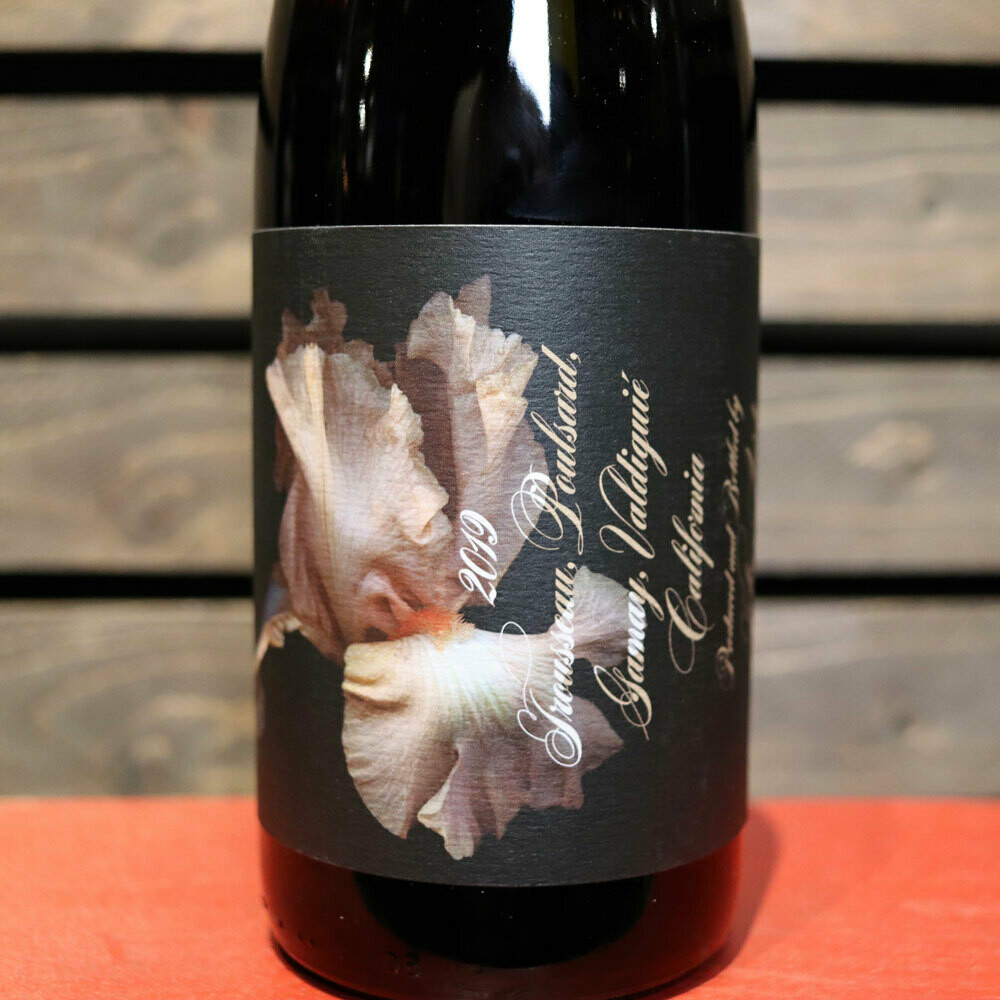 Likely the most “Outré Vin” in the lineup, a vinous Californian pastiche inspired by our reverence of the wines of the French Alps- Trousseau Noir, Poulsard, Gamay Noir, and yes (untraditionally) some old vine Valdiguie as well. An infinitesimal amount of these varieties are planted on these shores, but we are hoping to be a part of the movement shifting that paradigm.

Emerging from several risk-taking vineyards dotted abound Northern California this takes a general California wine designation, but be clear, you would not blind this as “California”. Fermented partially carbonic for brightness and all whole cluster adding to the complex spice aromas. Delicate and lean, mineral-driven, tart pomegranate and raspberry scented with incense and tobacco.

Jolie-Laide is a one-man operation based in a Sebastopol winery. Winemaker Scott Schultz makes only 500 cases of wine a year under his own label. The name Jolie-Laide translates loosely to “Pretty-Ugly”, a French term of endearment to describe something that is unconventionally beautiful. Scott makes some of the most unique and highly sought-after wines in California that are true to their name.